Research in Practice in Neuroscience
Event

The hippocampus is an important part of the brain which plays a role in the creation of new memories, regulates the relationship between short-term and long-term memory, spatial orientation and spatial memory. In the period 25th May – 14th June, Researcher Live will explore latest research into the neurology of the hippocampus in our three part series Hippocampal Neurons: morphology, function, regeneration. Sign up here to stay up to date with this series!

Join us at 2pm BST / 1pm GMT on the 25th May for the first episode in this three-part series on: , with Prof Walace Gomes Leal - Professor of Experimental Neuropathology and Neuroimmunology. Federal University of Western Pará

A paradigm shift in neuroscience was the discovery that new neurons are constantly produced in the adult mammalian brain of several species, including Homo sapiens. These new-born cells are formed in some main neurogenic niches, including the subventricular zone (SVZ) at the margin of the lateral ventricle and subgranular zone (SGZ) in the hippocampal dentate gyrus (DG). In the DG, neuroblasts derive from SGZ progenitors and migrate to the hippocampal granular layer becoming adult granule cells, which are integrated into functional adult circuits. It has been confirmed that adult hippocampal neurogenesis (AHN) is a long-lasting phenomenon in the human brain. The functions of hippocampal new-born cells are not fully established. Experimental studies suggest that they have unique electrophysiological properties, including hyperexcitability, which enable them to regulate adult granule cells. Their specific function depends on the anatomical hippocampal location along the hippocampal dorsal-ventral axis.

Dorsal hippocampus plays a more defined role on spatial learning and contextual information, while the ventral hippocampus is more related to emotional behavior, stress resilience and social interaction. Several reports suggest a role for AHN in pattern separation, cognitive flexibility, forgetting and reversal learning. It has been proposed that deficits in AHN might impair normal DG function, including pattern separation and cognitive flexibility, which could play a role on the etiology of affective disorders, such as depression, anxiety and post-traumatic stress disorder (PTSD).

To speak at a Researcher Live session, please email kristine.lennie@researcher-app.com 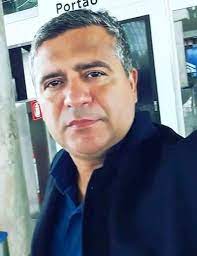 Walace Gomes Leal graduated in Biomedicine at the Federal University of Pará-Brazil (1996) with a master's degree in Biological Sciences (Neurosciences) in the same university (1999). He obtained his PhD in Experimental Neuropathology with a sandwich period in the Professor Victor Hugh Perry's Laboratory, CNS inflammation Group at the University of Southampton, England, working with an experimental model of acute spinal cord injury and the contribution of the inflammatory process in this pathological condition (2002). Postdoctoral at the Wallenberg Neuroscience Center, Section of Restorative Neurology, Lund University, Sweden, in Professor Olle Lindvall's laboratory (theme: Adult Neurogenesis). During this period, he investigated the role of microglial activation on adult neurogenesis in the brain of adult rodents after experimental stroke. Postdoctoral at the University of California at San Diego (United States) in the laboratory of Professor Mark Tuszynski (2015). During his sabbatical, he investigated the use of neural stem cell transplants for spinal cord trauma in rodents by using a neuronal relay. He is an associate IV professor at the Institute of Collective Health at the Federal University of Western Pará (UFPA). Professor of experimental neuropathology and neuroimmunology in the post-graduation program in Cell Biology and Neurosciences and Oncology and Medical Sciences at the Institute of Biological Sciences at the Federal University of Pará. He is also a professor of Biotechnology and Bioproducts in the Bionorth Doctoral program at UFOPA. He coordinates the Laboratory of Experimental Neuroprotection and Neuroregeneration, where he investigates inflammatory, neuroprotective, neurodegenerative, neuroregenerative and neurogenic mechanisms using experimental models of stroke, spinal cord injury, Epilepsy, Depression and Brain Cancer. Professor Walace is an ad hoc consultant for Brazilian Research Council, Brazilian Ministry of Health, Iberoamerican Science and Technology Council, Rio Grande do Norte Research Support and Development Foundation (FAPERN), Pará State Research Support and Development Foundation (FAPESPA), Food and Health Bureau under the Hong Kong SAR Government and Hungarian Scientific Research Fund (OTKA) and FINEP. Reviewer for several international scientific journals including, Journal of Neuropathology and Applied Neurobiology, Brain Research, Experimental Neurology, Neurobiology of Disease, Plos One, Ultrastructural Pathology, International Journal of Biomedical Science, Recent Patents on CNS Drug Discovery, Neural Regeneration Research, Peer J, Journal of Neuroinflammation, BMC Neuroscience, Frontiers in Cellular Neuroscience and other journals. He is a review editor and associate editor for Frontiers in Cellular Neuroscience (Neuropathology)