Research in Practice in Neuroscience
Event

The hippocampus is an important part of the brain which plays a role in the creation of new memories, regulates the relationship between short-term and long-term memory, spatial orientation and spatial memory. In the period 25th May – 14th June, Researcher Live will explore latest research into the neurology of the hippocampus in our three-part series 'Hippocampal Neurons: morphology, function, regeneration'. Sign up here to stay up to date with this series!

Join us at 2pm BST / 1pm GMT on the 6th June for the second episode in this three-part series, with Dr Francesco Tamagnini , University of Reading.

Background. The chronic, progressive accumulation of post-translationally modified, pathogenic species of protein tau is the main hallmark of tauopathies such as Alzheimer’s disease (AD) and frontotemporal dementia (FTD) [1] . Previous studies have shown that impaired hippocampal synaptic plasticity may rely on increased inhibitory output in tauopathy [2] . Our aim was to characterise the progressive changes in hippocampal inhibitory function in a mouse model of FTD.

Methods. We performed single-cell, patch- lamp recordings in coronal hippocampal slices from 2, 4, 8 or 12 month-old rTg4510 (a transgenic model of FTD) and age-matched WT littermate control mice. We measured electrotonic (i.e. membrane potential – V m , input resistance - R i  - , capacitance - CAP) and electrogenic (i.e. firing rates upon depolarization and action potential – AP - waveform) properties in CA1 pyramidal neurons, stratum Oriens (SO) and stratum Lacunosum Moleculare (SLM) inhibitory interneurons. Spontaneous and evoked inhibitory post-synaptic currents (IPSCs) were only recorded in CA1-PCs in the presence of glutamatergic synaptic blockers. Evoked responses were induced by a stimulating electrode placed in the SLM on the subiculum side of CA1. For SO and SLM recordings a K- luconate-based internal solution was used whilst for CA1-PC recordings a KCl –based one was used to visualize IPSCs from a V m of -70 mV.

Results. R i and firing frequencies were higher in rTg4510 vs WT SO-interneurons at 12 months. The CAP was smaller in rTg4510s vs WT SLM-interneurons at 12 months, paralleled by an increased firing frequency. In addition, spontaneous IPSCs were more frequent in 12- onth-old rTg4510 vs WT although they were not larger in amplitude; this observation was concomitant with increased IPSC amplitudes upon stimulation in SLM-CA1 synapses. Finally, IPSC paired-pulse ratios were reduced at 30 Hz at SLM-CA1 synapses.

Conclusions. The increased excitability of SLM and SO interneurons, likely due to a reduced CAP and increased R i respectively, may contribute to the increased frequency of spontaneous IPSCs on CA1- PCs in tauopathy. These observations suggest that GABAergic hyperexcitability may be a therapeutic target for tauopathies.

To speak at a Researcher Live session, please email kristine.lennie@researcher-app.com 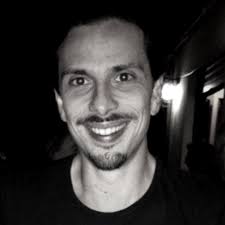 Francesco was born in 1981, in the Republic of San Marino. After his studies in pharmaceutical biotechnologies at the University of Bologna, in 2008 he started his PhD in neuroscience on synaptic correlates of recognition memory in rodent brain slices, at the same University. In 2010 he moved to the University of Bristol, collaborating with Prof Bashir; in 2012 Francesco started working with Prof Randall on the alteration of single-cell electrophysiology in dementia mouse models and on the functional characterization of stem cell-derived neurons. In 2015, after a 6-month internship at Eli Lilly, where he learnt 2P in vivo imaging, he worked for 2 years as an Alzheimer’s Society Junior Research Fellow in Randall’s lab, at Exeter University, investigating the hyperphosphorylated-tau related alteration of interneuronal function in frontotemporal dementia. He is now a Lecturer in Pharmacology at the University of Reading School of Pharmacy, where he investigates the causal relationship between electrophysiological activity and cognition in both physiological and pathological states.