Research in Practice in Immunology
Editorial note
3 months ago 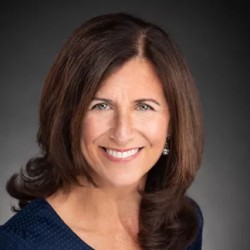 Maureen McGargill, an associate member at St. Jude Children's Hospital, speaks to Researcher about her research on the regulation of the immune response. Her research aims to eliminate pathogens and tumours without attacking healthy tissues effectively. And in particular, in regulation during viral infection, because when checkpoints fail during an infection, that can contribute to autoimmunity.

Can you tell us a little bit about your most recent paper?

We used both a mouse model of influenza vaccination as well as humans that were infected with influenza. And we found that humans infected in 2009 during the swine flu pandemic; in 2022 generated more broadly reactive influenza antibodies compared to other influenza seasons. In addition, we found that individuals infected during this year also had more antibodies reactive against gangliosides, antibodies that are associated with Guillain-Barre Syndrome – an autoimmune disease where the immune system attacks peripheral nerves. It's associated with other infectious pathogens, but also potentially influenza. So we showed that humans that had more broadly reactive influenza antibodies also had more antibodies reactive to gangliosides.

And in our mouse model of vaccination and infection, we showed that if you induce the generation of broadly reactive influenza antibodies, you also increase autoreactive antibodies. We identified several antibodies bound to the virus and self-proteins.

And one of the crucial findings of the papers was that the presence of increased levels of these antibodies was associated with an increased autoimmune disease in four different mouse models.

So the main conclusion is that these antibodies that can bind more than one influenza subtype do have the potential to bind self-proteins that are relevant to human autoimmune disease. And in the presence of excessive inflammation or genetic susceptibility to autoimmunity, they are additional factors that can contribute to autoimmune disease.

What are the implications of this research?

So multiple factors contribute to autoimmune disease, and we think, like many checkpoints, that would have to fail for an autoimmune disease to occur. And some factors that can contribute to the break of tolerance are diet, stress, and genetic susceptibility. But what our research shows us that high levels of broadly reactive influenza antibodies can also be another factor that can contribute to it. And so, the most important take-home message is that when designing strategies for universal influenza vaccines, it's essential to test whether those antibodies induced by those different protocols have an increased binding to self-proteins.

What outcome or aims are you looking for with your research?

Is there anything else you would like to add?

If you're trying to get the immune system to respond to parts of a virus that it normally doesn't make a durable immune response to, then it's particularly important to test the outcome of generating antibodies to these parts that our bodies normally naturally avoid. Also, not to say autoimmunity would happen to everybody. It's just one of the other factors contributing to a breakdown caused by multiple factors. So I guess I want to be careful not to say if you get a universal flu vaccine, you're going to get autoimmunity? No, it's just one of those additional things like stress or poor diet that can add up.

Self-protein refers to all proteins endogenously produced by DNA-level transcription and translation within an organism of interest.

You can read and discover Dr Maureen McGargill’s research here.

Disclaimer: This is a transcript of a video conversation. You can listen to the recording on Researcher.