Research in Practice in Mental Health
Editorial note
a month ago

An interview with Dr. Janita Bralten on ‘Insulinopathies of the brain? Genetic overlap between somatic insulin-related and neuropsychiatric disorders’ 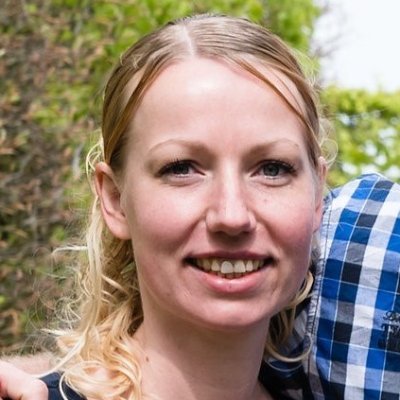 Could you tell us about who you are, where you work and what you're currently working on?

My name is Janita Bralten, I'm an assistant professor at the Department of Human Genetics in Nijmegen working at the Radboud university medical center. My group works on learning more about the genetics of psychiatric disorders, mainly attention-deficit/hyperactivity disorder, autism spectrum disorders, and obsessive-compulsive disorder. One of the aspects of this, that we are currently also very interested in, is learning more about the overlap between somatic disorders and brain-based disorders. For a long time, these neuropsychiatric disorders and their comorbidity with somatic disorders have been attributed to unhealthy lifestyle choices or sometimes sedentary behaviour. But more and more evidence is now leading us to also believe that there are potentially shared underlying mechanisms. With the genetic analyses that we do in our group, we try to contribute to finding those.

Could you now tell us more about your paper and why this topic is so important?

If you have two or more disorder disorders at the same time, we call this multimorbidity. For insulin-related somatic disorders- like, type 2 diabetes, metabolic syndrome, and obesity, we see the co-occurrence or the multimorbidity with neuropsychiatric disorders with increased prevalence with Alzheimer's disease, autism, and obsessive-compulsive disorders, but also mood and psychotic disorders. It's also the other way around where if you have one of those neuropsychiatric disorders, there's an increased prevalence of having some of these somatic disorders. That made us wonder about the hypothesis that insulin-related mechanisms might be involved. We are investigating this within a large European consortium, the PRIME consortium (https://prime-study.eu), where we hypothesize that insulin signaling is potentially involved in this multimorbidity.

This is the first paper that came out of our genetics work package. In this paper, we were particularly interested whether there is a shared genetic aetiology between these somatic disorders and the brain-based disorders. For that, we used the largest available genetic data sets for single disorders. We investigated if there is a genetic correlation between the pairs of disorders and what we found is that there are indeed significant genetic correlations between those insulin-related somatic disorders and, for example, OCD, ADHD, and depression.

Could you discuss the connection between your research and medical practice, and how you hope your work will have an impact on therapies or treatments in the future?

Learning more about the underlying mechanisms of multimorbidity can be very relevant for the clinic because we could learn more about underlying biological mechanisms. Knowing about the underlying biological mechanisms could help us to decide on treatment options. One of the examples is that if you know that a specific patient has more genetic risk of developing metabolic multimorbidity then you can choose different types of drugs that have fewer metabolic side effects. Another thing is that introducing insulin signalling as one of the potential underlying mechanisms, this could also lead to more research on clinical and neuropharmacological options. The last thing is that it could help us potentially to repurpose certain types of drugs. E.g., if there are now drugs that we use for somatic disorders, potentially these drugs can be repurposed to also treat cognitive deficits which are now very difficult to treat in these neuropsychiatric disorders.

Where could your work lead you next and what's the dream outcome?

We now found that there is a shared genetic aetiology between somatic and brain-based disorders. We are now working on finding out which genetic variants are underlying this shared genetic aetiology. It can already be super interesting to find out which genetic variants, which genetic mechanisms, and which biological mechanisms, because those would be the mechanisms that we could try to intervene or try the treatment on. But the other thing is, because we found these genetic correlations, it got us enthusiastic to also use somatic traits and somatic measures in our genetic analyses. Most measures that we use to find psychiatric disorders are very subjective, but somatic measures can be more objective. They really have the potential to lead to stratification of patients and then leading to the potential to have more personalised care for these patients. That would be a dream outcome.

Note: The PRIME project has received funding from the European Union’s Horizon 2020 research and innovation program under grant agreement No 847879.

You can read and discover Prof. Janita Bralten’s research here.

Insulinopathies of the brain? Genetic overlap between somatic insulin-related and neuropsychiatric disorders is published in Springer Nature.

Disclaimer: This is a transcript of a video conversation. You can listen to the recording on Researcher.